Poem For The Week

Exploring The Pastime Reaches And Beyond

Things in the dark
exist but are not realized.
Perhaps with wings
they wait for enacting light.
I start out as the sky descends
to the visible spectrum and begins.

Midmorning I find in a lab
a blue magnetic fluid:
revolving in the stress of gauss,
the source of blue resides.
November nights, up to the first snow,
derive from this seat of blue.

I spend a month reflecting at Palomar.
My delicate fourteen tons
I bring to bear
on galaxies: their lonely shine
harbors
on my dustless, understanding curve.

I come to a mountain out of season.
The brass benchmark telling the height
is under ice.
Without witness, without cease
a blizzard
pummels the summit's face.

I reach the pole. Here at the axis
the wobble and grind is audible.
My compass tries to point straight down.
It, too, deceived: Having achieved
one absolute, the source of north,
to find that south surrounds, is all but it.

The Humboldt Current has my boat
and its mile of line straight down.
Now and then, fishermen haul in
the inexplicable
along with seabream, haddock, squid.
I hook a coelacanth, thought long
extinct, and brain it with an oar.

Nose to the bottom
I shove off from the hundred fathom curve.
Slow footage of mud unreeling through my mind,
the miles of decline become my age.
Hauled up someday by accident,
rupturing in the lost pressure,
my look will say how knowing feels.

Living among the trilobites
I learn you cross great lengths of time
by stilling the waiting in yourself.
From scavengers I see how you can live
off your own dead kind.
I gum the grit of a tidal flat
and have no name.

A chance letter brings me home,
telling how I was found.
Returned I sit
like water in a jar,
light from a window passing through,
a slow rain of precipitate
remembering the bottom.

Signup to receive poems and brief thoughts about the state of the art of poetry a couple of times a month.

As a welcome gift, I’ll send you a free, digital version of my short poetry book Centennial Suite on signup.

Welcome to a Place in the Woods for Poetry 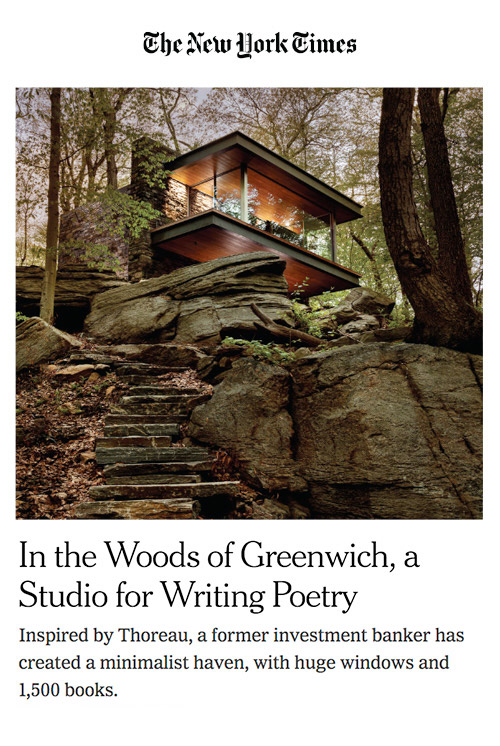