What it Means to be Human

Poems about What it Means to be Human. 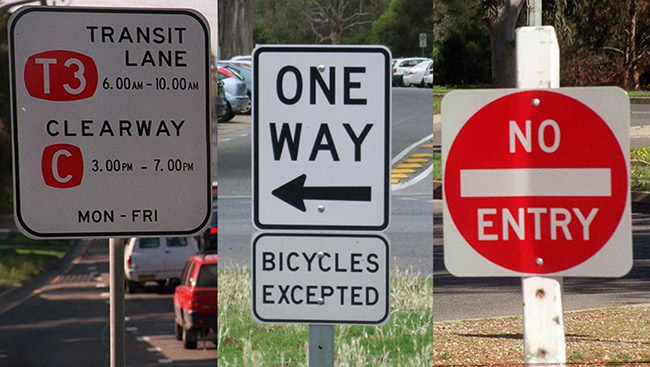 Worthy of Dante, penal planners
fit the sentence to the crime.
One hundred times the lifer writes DEAD END
the rapist YIELD
the parolee GOODBYE AND COME AGAIN.

In bins wait cautions
FROST HEAVE
FALLING ROCKS
for every hazard but the one that put them here.

We hear and heed. Mild souls who hold the road,
the likes of us imagine the likes of them,
in a custom '57 Chevy, mowing down every sign they've made
on the way to unpaved, unposted roads.
And wouldn't we like, like them, to open up,
looking for conviction in the zone
between boredom and extinction. 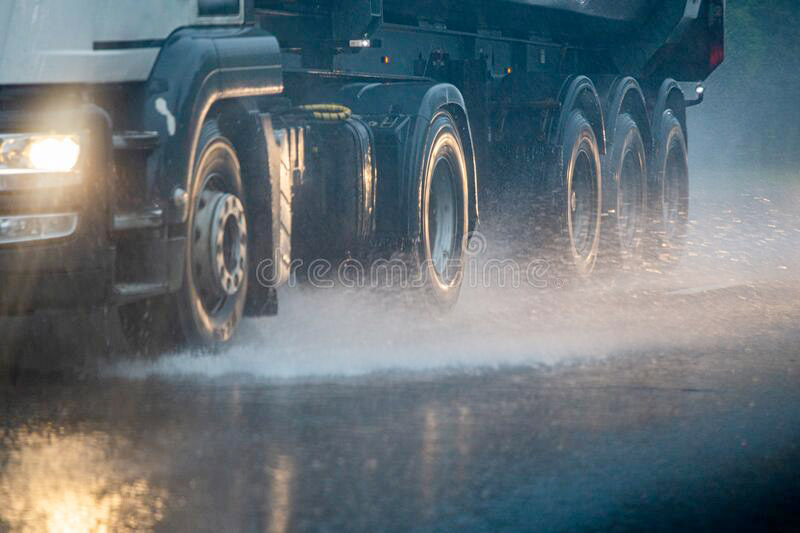 Now must be the time to make time,
judging from the rapid bump of semis
filling my room. (Having discharged live loads
at Albany are they–at 4 A.M.–
on to loads of cold-rolled sheet?)

At All-Night Stops, in the presumptive day
of mercury vapor you see them circling their rigs,
testing with ballpeen for the "No flat here"
that 18 Firestones better sing:
you overhear them in booths, in the assumed
accent of crackers prolonging
a mythology of getting through.

In shirt tails and shit kickers, awkward
as crabs, no wonder their withdrawal
into the greater identity of cabs.
Atop chrome registers they double clutch
in intricate shifts, feel in gear trains
for the nodes to make this mother move.

Eating the rinse their mudflaps fling,
I can ignore how they highball our good grief,
what their bumpers say they pay in taxes,
even the menace of their Brotherhood.
Bring our bread with incivility
they may, but (under their seats the proper answer
for highjackers) bring us our bread they do. 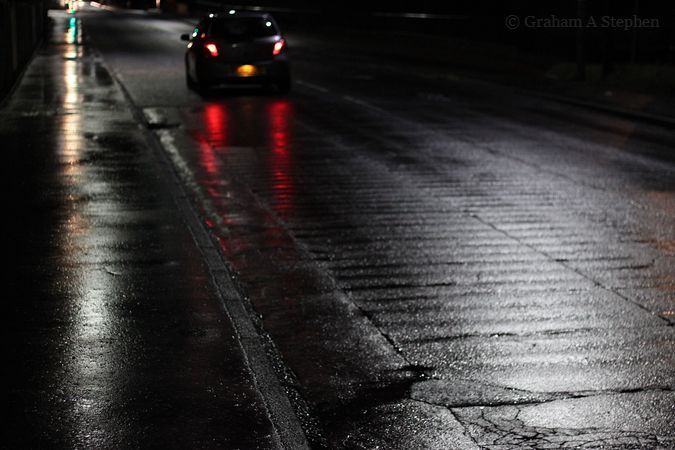 End of a weekend, going back,
my two tracks sinuate as one.
Skin of rain drawn tight by wind,
the windshield wipers don't keep up.

Posed in this airspace, passing
Purgatory Gulf Pop. 125,
I wonder why observe the limits, why
keep pulling it back
when, let go, it would go
straight for a time,
then wander
off without assumptions,
questioning first the need for road. 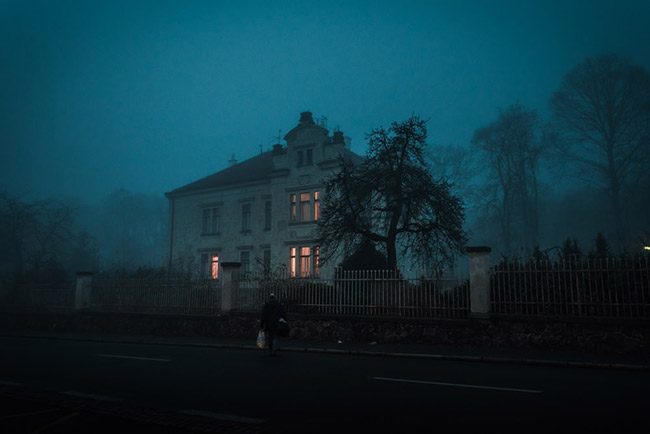 Our dogs in the sudden silence raise
their heads. Hums of the house gone dead,
the clocks flash 12, the freezer's hold
softens with remembered thaws.
The power grid's ability
to self-excite, the integrity
of a communal whole aborts.

Not everything, of course. A breeze
unbundles the treetops and disports,
the nation of frogs exhorts, exhorts,
and here in the room lungs fill and pause.
I think the end may come this way,
some things in the dark at first
just not going forward as they should.

The story is told of the undertaker
who runs out of formaldehyde
and uses antifreeze instead.
Asked why his costumers look blue,
he says he's made them good
for starting down ten below.
Let me take that as my text tonight.

We function at the shelving edge between
the dead and living: upstairs receive
the bereft with sympathetic mien,
assist in the ceremonies that release
their grief, maintain decorum
from visitation to the Rest In Peace.
In small ways on this side
of the great divide we add valorem.

Down in the basement we prepare
the departed to deworld: fallen parts
put back, drain cavities, ensure
with needle and formaldehyde
that burial's not premature.
(Only we need to know what's underneath
the suit; we're paid to work alone.)
Death we cannot forestall
for we come after, but the appearance of death,
we do. Nor Jekyll, not Hyde, we undertake
to give the grievers back their own.
Not black, our arts are to restore:
toiletries and touch-ups, nails and hair.

Our charges seem to sleep. The wake,
correctly done, is a farewell
"to one who goes before."

Pinched in earthquakes, browned in fires,
consumed by cancer's radish,
a coronary's urgent turbulence,
collapsed at tables, choked on bones
(was there ever such savage disregard
as when Death squats, Neanderthal,
on the chest of a dinner guest?),
buckled in showers, felled at urinals.

Good fellows, our associates, Rotarians
who take the jokes as part of the job, who oversee
the motorcade, one stop upstream from Charon's,
the progress to the pit,
the vicarinvokingchrist's last words,
the family not hearing it,
the unaffected cemetery birds.
Or, if cremation's specified, they certify the burn,
entrust to a family friend the urn
to carry south to green reaching waters of the Gulf.

But the lesser in our trade
miss the magnitude of what we do.
We are after all not dressing meat.
Our task: no less than to preside
at a meeting of world and world, a mystery
wherein the person they knew
and some strange double coincide
("It's him, but it's not.").
In one, two worlds epiphany.

They're one of us still, the newly dead,
but lack their spark (that gone
to the parson's charge or who knows where).
The simmer in the brainpan at the body's end
is out. Stiffness invades the supple limbs.
The fresh dead season and dry.
And this is the first life after death.

Roots visit, tendrils touch,
slow solvents work new properties.
Animal, vegetable, mineral,
the dead in grave's grip reach
a dreamless crystalline estate.
A man, become his minerals, salts
away the last of his identity,
seeps to the water table and secretes
trace elements. And that is the next life after death
a foreign stain on the littoral
at the beck of continental drift.

I tell you, World Without End is a statement of geology,
No longer lightning-life dotting the earth, marking divides,
we are returned to the planet's peristaltic beckonings,
welcomed by eons below, included in the crush and flow
of plate on plate, the tectonic thrust,
unimaginably strong and slow,
as continent mounts continent,
the grind, compression, conversion to what is next and new. 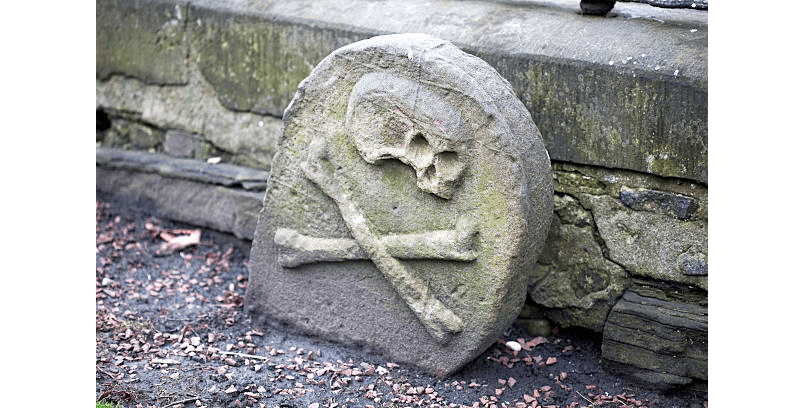 The long republic shells the long republic
of itself. Large-minded calibers
open in front of us. Of their swell and pass
Hemingway observes, "The one that fucks you
you won't hear. " Orwell muses,
“... not so much afraid of being hit

but that you don't know where you will be hit."
Staggered by airstrikes, our remaindered Republic
falls to an endless enfilade. Bulldozers
bury our dead while the single-minded calibers
of snipers pick and choose. An officer instructs you
on the animal filth you are: "Salute. Say Yes."

The brown sausage of your tongue, the boils and pus,
the Copacabana in your gut that gives you the shits
are gifts of the tiny goddess that infects you.
Despite the frantic scrubbings with carbolic
the life boils out of you. The plague ship sails–cadavers
for cargo, us for crew–on the ultimate in cruises.

We never expected rains, let alone the sluices
of Heaven. The sea's rise the land's loss,
the last of the surf-encircled summits disappears.
The known world shrinks to the waters where we sit,
fathoms above the topsoils of our Republic–
or, given the lack of landfalls, maybe Timbuktu.

Watching the rivers freeze, the glaciers grow, what strikes you
is, there is a Hell and this is how it freezes.
Knapped point hafted, lashed to a throwing stick,
we follow the herd that opens the snow in search of grass.
In the Great Depopulation birth rates plummet,
feeding chains collapse. Our species takes a number.

The moon's not right–the side-lit lavender sphere careers.
What are the odds a button of neutron star strikes through
our mere-most crust, taking a piece of planet with it?
The earth unbelts from orbit. Losing light and gases
it seeks a farther place in time and space.
Etiolate ... hypoxic... and now we are relict.

And now you can declare it. Calibers
or spears, king or republic, what finally fucks you–
take it from the Muses–is: This too shall pass.