It was anger — the audacious theft —
that chained him to the cliff for vulture's fare.
But fire itself, Zeus knew, could be the more
poetic punishment: subvert the gift
to a burning underground — Kentucky coal seams,
the slow combustion of mass burials
stoking the decay with human fuel
in plague pits, under soccer stadiums;
make it the incinerating blooms
of Bikini, Fukushima, and Chernobyl,
the Willie Pete and Little Boy that fell
on Dresden, Hiroshima, Vietnam.
Make him the airman crouched above his sight,
aiming to illuminate the night.

I stare down into waterburn.
This urge to enter what we see.
Unrefracted tropical sun
with its whole arm
works deeply the ocean interior.

Water and light in union
make a third thing—color as fluid
deepened endlessly.
Into the quarry of aquamarine,
high-walled with light, the mind high dives.

My fingers cleave watersilk.
I breathe heavy light.
The big cavitation of the props
gone by, my struggling stops, my slowed

descent, in diminishing light,
gains the country where the shark
is eagle, fish the fishermen, and men
no more than stones along the road. 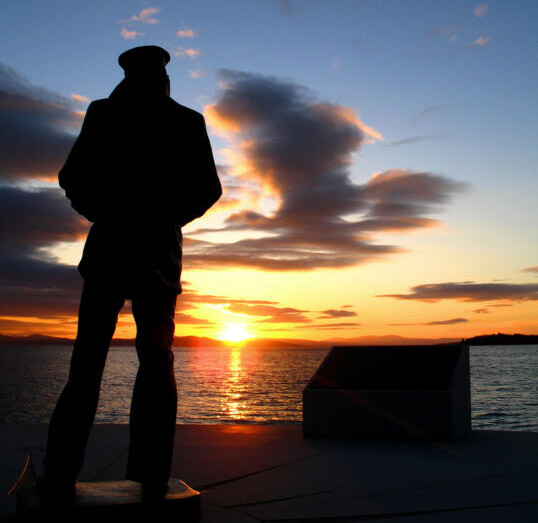 Good men, who eat their cubic mile of cold,
their biscuits of loneliness without complaint,
bad boys, who never finished school
but welcome the war zone for the extra pay.

For the various ocean on which they work
they show no feeling only the respect
lumberjacks would show a leaning tree.
Waterspouts, whales pass distantly.

The “youngsters," down in the hold with dreams,
don't hear the pumps reciprocate with steam.
The old men, repair their only art,
no longer follow arrivals and departures of the heart.

Each makes a pact with steel,
comforted in the mesh of part and part.
They never age: machinery maintained,
they seem by that to be sustained.

Before agreeing to a Sailor's Home,
they would put to sea once more
and, far out, lay the fires
and give the ship into the hands of drift. 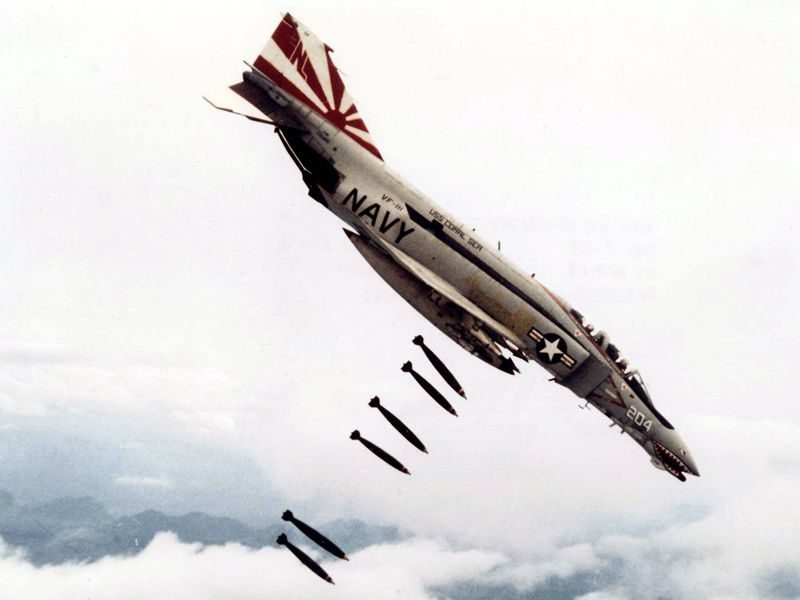 We listen to a strike go in,
watch the copper twinkle of flares,
hear the pilots mark "On top."

Bombs drop out of no category
into no pattern. I don't know,
they shoot back,
the pilots note the flak offhand,
we take it in like kids at a picture show.

I don't know, a bend of river, sampans
maybe maybe not with contraband,
the great jet's angle of dive, the pilot's thumb
all come to a coincidence. 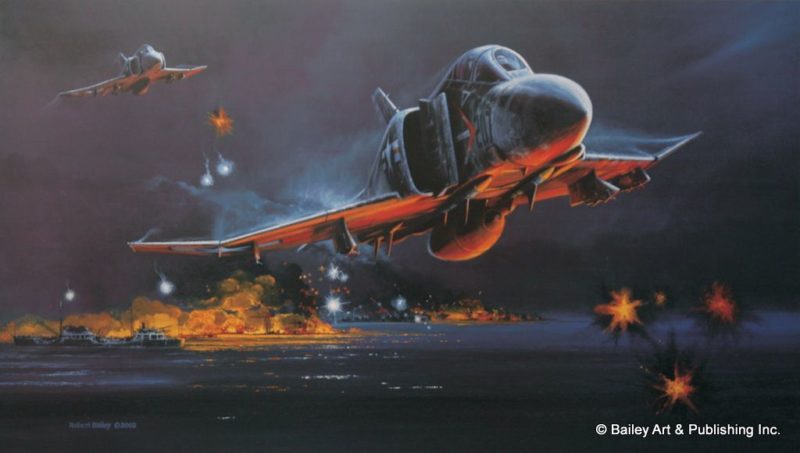 The plane in pieces raining down
thy kingdom come
the flyers, nothing more to fly in, fall.

Then our ship turning in the fog
searching the small black waves around.

Out of the weather in the hangar bay
I stoop to the debris.
The ruined gear gives back
a warmed, rank smell of sea.

Lacking its head, the helmet
is him here, the man I didn't meet,
whom I may not have liked,
who may have said Jesus in surprise
when the world bucked and let him through. 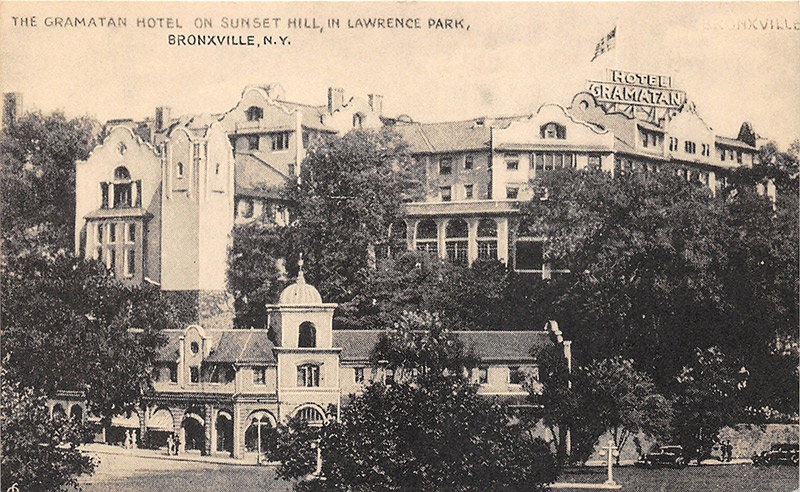 –For the Bronxville High School Class of 1998

William Lawrence stepped down from the train
to the boulders and bramble of an abandoned farm.
Expecting little he encountered less: "It was
altogether a desolate and forsaken place."
Nevertheless this businessman with vision climbed
a hill for a better view. He was not the first.
Before him was the hardscrabble farm of the Boltons.
And before them the brick-red brown of Gramatan
and the terrifying alabaster of the Swede
named Bronck (Bronck's Mill, Bronck's River, Bronck's Ville).
And Anne Hutchinson with all her pretty ones.
And the Half Moon, that zany cockleshell
captained by Hudson, another of hard-headed vision.
And before that merely the shyness of the wild
on a neck of land all narrow and enough.
But before that, before all of it was the plundering lip
of the Laurentide Glacier where the mountains go under the sea.

What kind of man sets out to found a town?
By all accounts a good man, a family man
for whom wealth was the use of property,
not just its ownership. And happiness
was prosperity combined with virtue.
The Viking say, Cattle die. Kindred die.
But the good name never dies of one who has done well.
William Lawrence saw a city on a hill.

The white snows of winter fall into the quiet town.
Families from all directions gather in a field.
Lully Lullay, thou tiny little child.
From Midland to the Hill there is no other sound.

They do not hear the European air
fill with shrapnel, they do not see the dead of the Great War
more than all the dead that ever were–
how nations, like trees in a fellowship of fire,
burst one from another into flame. They do not see
the coming unsettlements of the century:
the protocols of speakeasies, the Crash of 29,
Freud and Marx and Darwin come and all but Darwin
gone. Stalin, Mao and America come
and all but America gone. And then the Bomb.
Our citizens sit in their rooms at night alone,
each tending a porthole of kept light: On pillars of fire
our spacemen rise into a stillness near the moon.

TIME tells the Christmas bell from fosse to fen.
TOWN tells the next from hill to glen.
COME bells the third, to Bethlehem again.
In an emerging peal, fierce carillon,
the great bronzing of the Summon Bell,
the baritone behesting of the Jesus Bell,
the smalling of the Justice Goad: ALL WELL,
they claim, GOOD WILL. And TOWN, TIME, DONE.

The next time you're sitting in impacted traffic
(Why should anything change just because the light turns green?)
or that bewildering array of Nor Permitted Here's
(You wanna go right? You can't go right on Madison.),
the next time a gas station says to Sign up. Pay up. Fill up Shut up.
think of a town for those who choose to live away
from concrete canyons, a town that lives within its poise.

The next time a truck impresses 27
startled pedestrians with its ability
to stop on a dime, and cabbies with trace amounts
of English and shattered sensibilities
complain with the indiscriminate honking of horns,
think of a town where you can step down from the train to a
Main Street from another century.

True, owning a home here does mean mastering
the lost logic of plumbing lines in old houses,
toilets that speak like run-on sentences,
how to heat a house without burning it down.
It means learning to love your neighbor's leaf blower
and his son's guitar (Is that a rock band or an earthquake?)
and their dog, a Serbian Mountain Climbing Pest.

But having fought the good fight yet another day–
the sump pump of politics, the tyranny of magnates,
the price elasticity of trouble–can any
other place compare when it's time to come home?

IV. Nothing Has a Right to the Space it Occupies

"What's a century?" the glacier asks. "A crack
in time you couldn't slip a sheet of paper into.
Soon enough the work of your architects
will be a rough, ungoverned wilderness again.
It may be the failure of a drumbeat to be heard
or folly, never in short supply, become abundant
or a spell of extreme disease: and your kind becomes
merely one more marsupialled to extinction.
Wolves will den in the oaken bones of your homes,
your churches unroofed by rain, unsteepled by lightning's jacks.
Soon enough," the glacier says, "the whiskery seas
of hurricane will rise and the mountains go under the sea."

How curious then, when nothing lasts: a town
based on a view of human conduct, a village
as a set of values that survives
from those firstings in the fields of 1898.
Here in the depths of May our high school seniors sit
for the pageant that will take them out of themselves
and into the broader ferches of the world.
Whether to engage the high concerns of state and soul,
or the business of building family and character,
or simply to make of their lives small islands of decency,
they go in the grip of a great story slowly told.
In the manner of large balloons may they, the wicker burden
of our future, rise suspended by our loves.