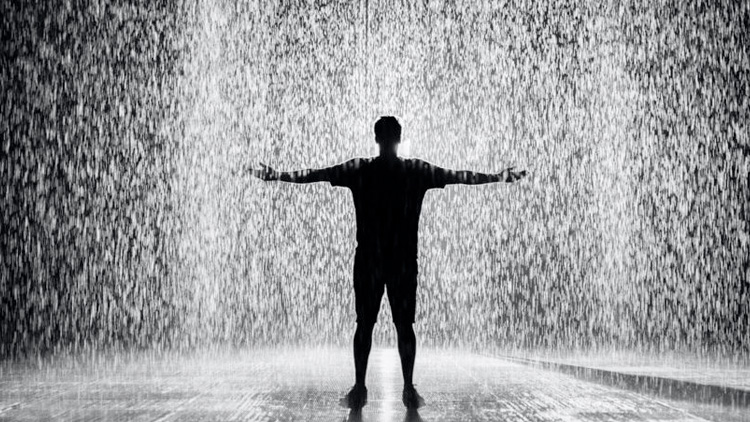 It takes 500 years for the ocean’s waters
to complete one trip around the earth.
National Geographic Society

The prodigal returned, a bride running late,
it races from the street,
climbs the plumbing in the walls
to the bathroom tap, then halts.

Water is weather. Pulled from swells
out where cyclones make the only news,
its vapor ladders latitudes to the pole,
refreshes bergy bits, brash ice, floes––

or crosses longitudes to fall
as shoures soote upon us all,
then drain away to aquifer.
Weather is God’s will writ small.

Water is extended metaphor:
Its antecedent, alchemic character
commonly denominates
all things, in compound or by temperature.

4 a.m. Fill the glass.
Let the molecule from Christ
stand again in human state
even as it quenches thirst. 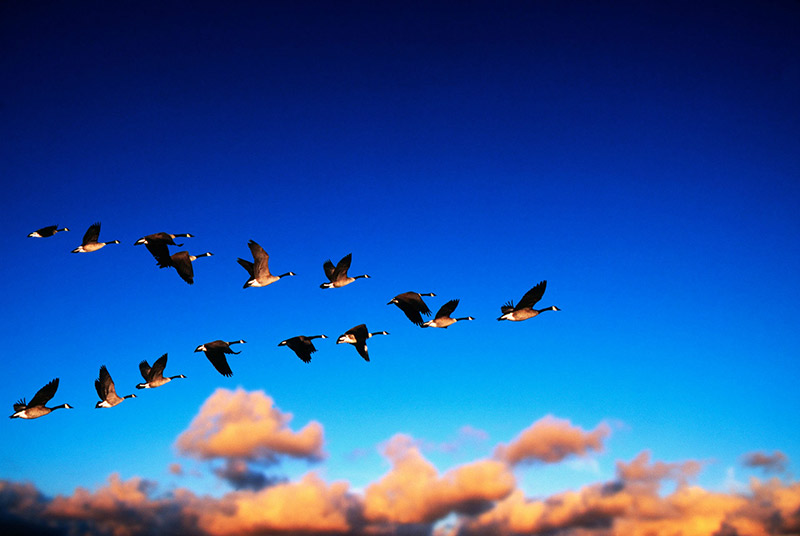 I used to think of them as marathoners
raised to a power of ten: seemingly
indefinitely able to postpone
over Olympic hauls (four, five thousand miles,
a quarter of the globe's waxed face)
the need to flop down, flabby with exhaustion
and wait for rest, in its own good time,
to bring a better state of being.

After the bouillon of Canadian lakes in bloom,
fingerlings grown too big, air filled with lateness,
they lift, taking in stride the variegated land,
brick bunkers of the Bronx, the lay of Central Park,
giving room to LaGuardian pterodactyls,
the prickle of hunters on the Chesapeake
with their coy deceits, out over open ocean,
the earth's hull visible…

the camber and bell and hollow bone
(as grasped in the sienna studies of Leonardo)
working well, minute adjustments of the tail
with inertial certainty
keeping well to the right
the wrinkle of burnt Sierras, one side snow;
the desert incised by rulered roads,
by rounds of irrigated green; large-mannered Mexico,
the Mayan rhythms gathering to isthmus–
until you pointed out, two days ago,
that neither does the heart (not the "heart"
but the heart as grasped in the dissections
of Michelangelo) need rest, seemingly
indefinitely able to maintain
a heading and speed, resting as it goes,

through day's distractions, night's curing cold,
inclement weathers of every sort
until, after years of regularity,
it comes to a Patagonia not seen before;
landing in this new non-flying it doesn't need,
it joins in the clamor of its kind;
on shingle, inhospitable but free of predators,
just above the surf's antarctic burn,
it assumes the nesting rights established
when the pole was elsewhere and the continents one. 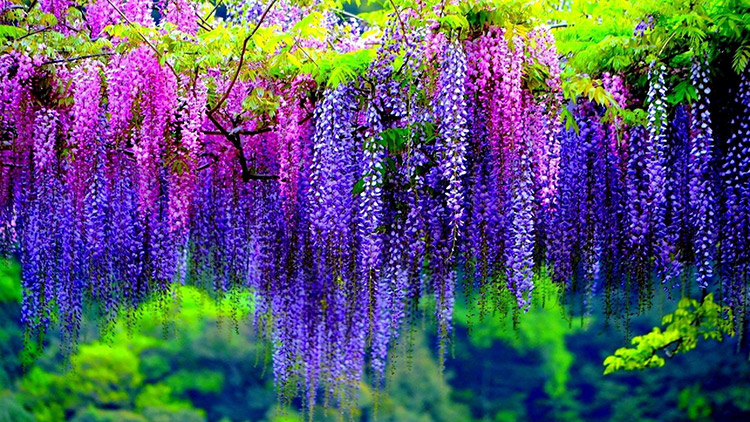 "Mm," I thought of your slash-and-burn approach
to pruning. "Cut to the bone of bark, this one
won't come back." Here at summer's end
I am informed of my mistake.

Not sooners, not Jack's bean,
not the Persian Expedition
or the Crown of Thorns'
infestation of Pacific reef
bests this vegetable version of eruption.

Out of the ground in a surround of trunks
merged half to tree, hand over hand
up downspouts, stucco, the failed copper of gutters,
green creepers the windows barely hold
at bay declare, from the antenna's mast,
a quarter of the house rattanned.

Even now new shoots depart the mother bundles,
like biplanes execute slow rolls, shallow
dives, the stall. Their leaps of faith–of six feet,
more–into the yonder of their kind
try for anything at all: the lob,
the double helix, the lazy eight of infinity.

In lieu of sight a sure touch for what
comes next, they find the grounds for another try
or fail, canes braiding themselves to rope

in vacancy. They base in air
small Permian fronds, refreshingly thornless;
lavender puffs the blunt bees bore and buss.

Under the overhang, overwhelmed, I write
"Offspring of wistful and hysteria.
God in my garden, rooted good." 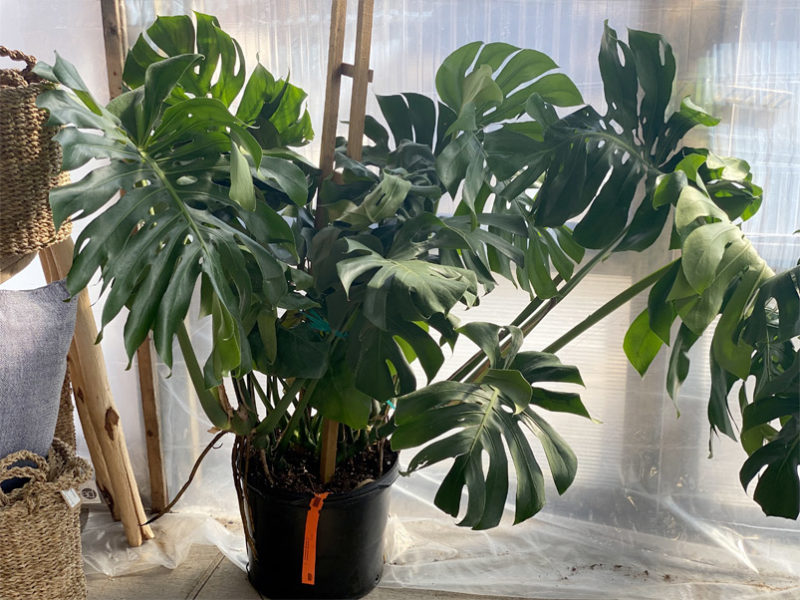 I know it's in the nature of wonder not to last,
but wonder now at your tactile vigilance,
the quality of attention in this new leaf–
how, learning of light, it unfolds and contorts
in the slow acrobatics of your kind.

I am impressed by your tolerance for neglect.
Latitudes removed from your Latin roots.
you're spared the hazards of the rainforest
if not the usual affronts to household plants–
overwatered or, worse, left waterless.

You're old enough to have followed the neighbor boys
to war and back, but unlike them you self-renew
and never know old age. Had Ponce de León,
when he lay down to die, only known
Eternal Youth bloomed just above his head!

Given modicums of soil, water, air,
new meristems will never cease to grow–
and death for you need never come.
In a world without end you can arabesque,
flourish forever as a species of one.

Which makes my duties for your sustenance
less the chore of an inconstant gardener
than of a monk bringing to the temple
quantities of driest sandalwood
that the fire of fires may never die.

By John Barr/from Dante in China 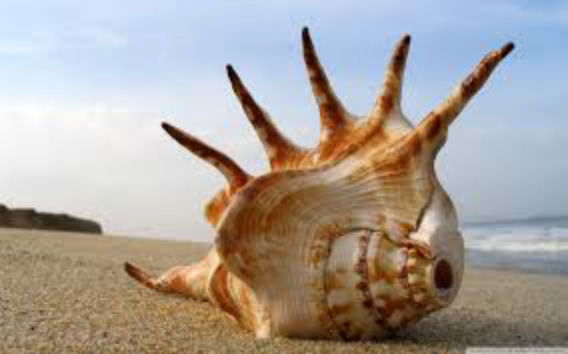 In rings of a dozen they arrive;
each shell enthrones a puddled king.
Sitting with us, pitching in,
the hoplite scarfs his ostrean,
the lictor wolfs his ostrea,
the Breton gargles his huîtres.
All downed with a chalky, cheerful Chablis.

The piles of shells go out to the dumpster–
buttonized for jewelry,
pulverized for roadbed by the ton.

And what of you, Filter Feeders?
How do you answer the reavers–
waterman, starfish, gull–
out of deep time?

And why else would the murex
lift secretion to an art form,
if not for immortality? 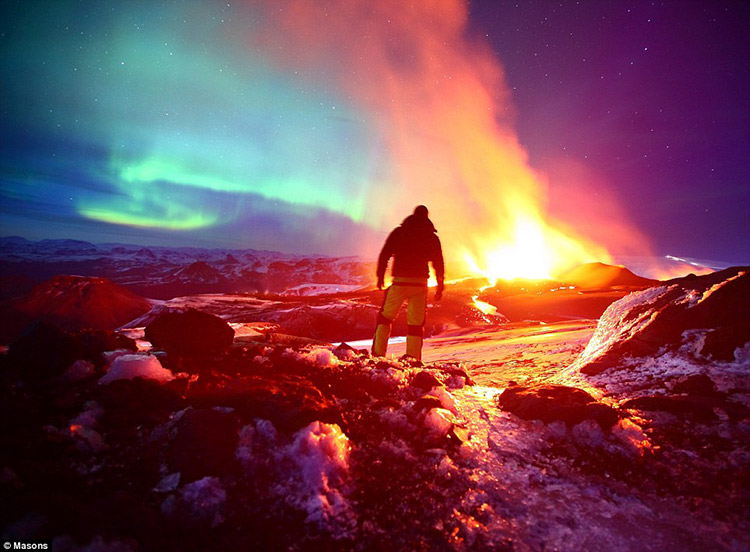 In April, Craig Arnold entered the volcano.
"Every day poets try to lose control
(I can hear him say although I never met him)
"in a productive way. The earth we know,
the one we don't: Poetry happens
when it can get its footing properly on neither.

"It's the manic in geology that interests me.
Not the Major Oils whose business is to
find and exploit transsexual oil and gas reserves.
We poets undermine the situate.
It's when energy is nearly not contained–
brio under stress, brisance–
that the human spirit can be rampant.
These are the conditions for grace under pressure.

"Immense, the work, to leave behind the gentled parts,
a lone man loggering, and probe the crags
of the infrastructure skull. Phrenologist's art,
to plumb the fractal welter, enigmatic surfaces
crusted with meaning, and enter the informed

enormity of fastnesses, deeps.
To stay the course–temperature rising toward Absolute Jesus–
down to the anatectic charge in the embers,
burnt chemical flowers of igneous on the boil,
the matter of tomorrow's fire.
A poet's visit, I can tell you, is something strange,
like deputizing the face of chaos."

April to April he traveled through the earth
exiting the eruption at Eyjafjallajökull.
"Living or dead we add no weight to the dead weight
of a trundling planet. Our spark weighs naught as a neutrino
but is the imperiled particle of Original Resolve."

2012: a record year for solar storms.
Craig has his eye on those as well,
the hydrogen fire, bright button of awarded sun.

Before first light, the first first light–
more night than not–
when what you know is still your own.

In minutes it will be too late,
shape and color
make the strange familiar.

An hour from now the sun will flood
the trees with certainties
demanding to be understood.

The agency of objects will insist,
and your life as intuition
for this day will be lost. 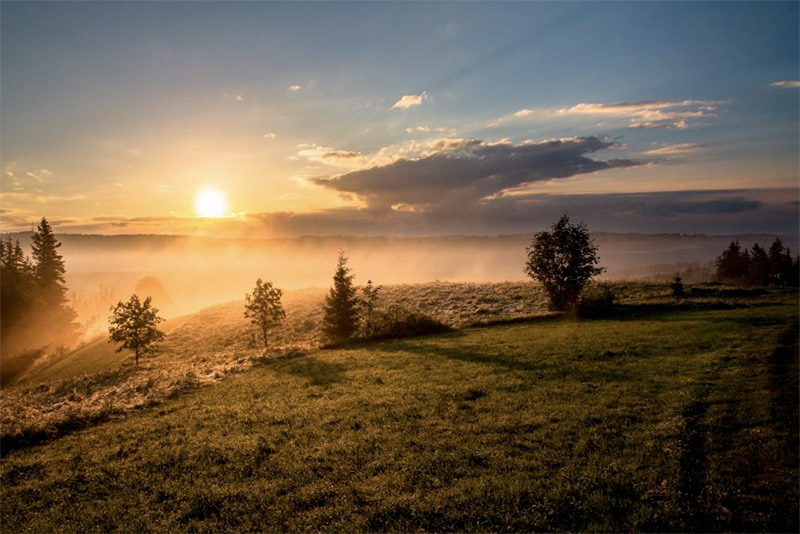 Spiders in the cold,
bees in inarticulate bunches
hang from a day's work.
Waiting for light they wait
to see what they will be.
A tree lets down
green undersides and is maple.
A window glints—
a thing of saffron
kindles with singlehood.
In the broad yard
each thing dandles
its blue, its name, its consequence.

Birds have left without a song.
Morning light looks yellow and wrong.
Airports close, so does the town.
Winds pick up, trees blow down.
Radios go on and on.
Churches fill, church bells bong.
The people are listening, listening.

Born in a land Saharas away
Crossing an ocean to have its say
Crashing through town like a runaway train
Oh Breaker of Nations rain us your rain
Wind us your winds—of course we’ll complain.
But leave us alive with reason to sing
When you are done chastening, chastening. 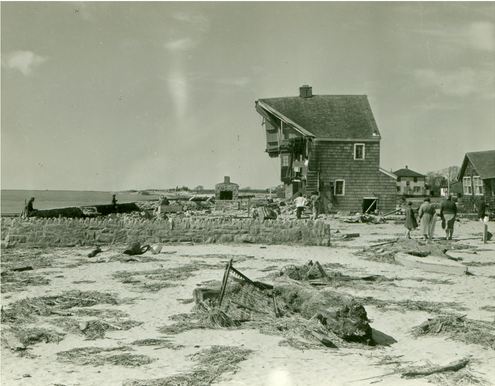 Never firm the old Victorian,
perched on locust poles, poised
on beach's brink, begins to lean.
(Oddly the rusted chandeliers
are what appear to lean as they decline
to join the general lean to sea.)
With a great complaining of nails
rooms parallelogram, right angles
by the hundreds choose acute, obtuse.

The living room goes first: two picture windows
burst as the picture they were placed to contemplate
comes in the room. The main floor caves.
The upright red piano rolls
out the window, out to sea,
slowly righting to metacenter.
In the slow motion of demolition
walls fold down upon themselves
expressing volume room by room.
Dressers come up hard on seaward walls,
the bedrooms yield beds,
the third floor launches a pool table.
Like stalks the house's piping snaps.
water lines plume, gas lines effuse.

Eased by a wave, then waves,
the pile gets underway. But rubble it is not.
Shedding cedar shakes like scales,
in the exploding surf it is reborn.

The Fry house joins the company
of things that put to sea.